Top Window
“The ability to SIMPLIFY means to eliminate the unnecessary so that the necessary may speak.” ~Hans Hofmann

Let us help you change
your health & life... 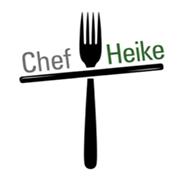 Sign up for our Newsletter to receive the latest, advanced health Science, research, news, and updates delivered to your inbox.
CATEGORY: DIET AND NUTRITION
Is Oatmeal Gluten-Free?
According to the University of Chicago Celiac Disease Center, yes - oats are technically gluten-free since they aren't a type of wheat, barley, or rye grain, the three groups of whole grains that naturally contain the protein gluten. Instead of containing gluten, oats have a protein called avenins.
Oats are considered safe for all people with a gluten allergy, and seem to be easier for most people to digest. Reports show that "perhaps less than 1 percent of Celiac clients show a reaction to a large amount of oats in their diets," as long as that person is careful about how the oats were manufactured and processed.
In many cases, oats are grown on the same land and in rotation with gluten-containing grains (wheat, barley, and rye). Glutenous grains can grow within the oat crops if they're planted in the field the previous year, in which case the oats become contaminated with wheat, barley, or rye (and therefore gluten). It's very unlikely that oats that are grown on the same fields as wheat, barley, or rye are gluten free, which is the main reason most store-bought oats contain some traces of gluten particles.
(In this case they are not labeled "Gluten-free oats)".
It's also very common for oats to be handled in the same facilities that manufacture wheat-containing products, so there's always a chance that oats can become contaminated with gluten during the packaging process. Once the oats are harvested and bought to a manufacturing facility to be cleaned and packaged, gluten crops might be mixed in with them and little bits of wheat, barley, or rye may end up in a package of oats. Even if this doesn't happen, oats and gluten crops are likely to be processed using the same equipment, which can create another chance for contamination.
So be sure, even if you buy oats, you should check that they are "certified gluten-free," if this is an area of your concern.
Certified gluten-free oats are guaranteed to be grown on fields that aren't used to grow gluten crops, are shipped in gluten-free trucks, and processed on gluten-free equipment. Quality inspections by third parties also ensure the pedigreed labeled gluten-free crops are free from contamination by wheat, rye, barley, and other related grains - and that the gluten-free product is really gluten free. This is the only way to be totally sure that oats are safely free of even trace amounts of gluten.
½ cup of regular dried or instant rolled oats (which makes about one cup cooked) has about:
Source: Dr. Axe - Food is Medicine
Oatmeal with Blueberries and Pumpkin Seeds
The addition of pumpkin seeds and blueberries makes this version of the more traditional oatmeal breakfast a more nutritious, tasty, and satisfying way to start the day and carry you through until lunch. Study after study has proven the beneficial effects of the special fiber found in oats, oat bran, and oatmeal, (beta glucan) on cholesterol levels. Individuals who consumed just 3 grams of soluble oat fiber per day (an amount found in one bowl of oatmeal) typically lowered their total cholesterol by 8-23%! You are also ensured to receive an abundance of health-protective nutrients. Please read the list above.....

Add some Pumpkin Seeds. Pumpkin seeds have long been valued as a source of the mineral zinc, and the World Health Organization recommends their consumption as a way of obtaining this nutrient. Whole roasted, unshelled pumpkin seeds contain about 10 milligrams of zinc per 3.5 ounces, and shelled roasted pumpkin seeds (which are often referred to pumpkin seed kernels) contain about 7-8 milligrams. So even though the difference is not huge, and even though the seed kernels remain a good source of zinc, you'll be able to increase your zinc intake if you consume the unshelled version. Zinc helps balance blood sugar, stabalizes the metabolic rate, supports and strengthens immunity, and supports an optimal sense of smell. Pumpkin Seeds are also known for their Omega-3 Fatty Acid richness, which offer Anti-Inflammatory properties.

Add Blueberries for additional powerful antioxidants. Blueberries have been ranked among the fruits and vegetables with the highest antioxidant activity. Anthocyanidins, the blue-red flavonoid pigments have been shown to improve the integrity of the veins and the entire vascular system. Blueberries work their protective magic by preventing free-radical damage and supporting the stability of the collagen matrix. Since collagen damage can lead to cataracts, glaucoma, varicose veins, hemorrhoids, peptic ulcer, heart disease, and cancer, adequate anthocyanidin intake may be essential for optimal health.

Add some Cinnamon for more flavor! Cinnamon has been used as a botanical medicine since 2,700 BC, with Ceylon and Chinese Cinnamon being the most popular. Cinnamons Phytonutrients provide ant-inflammatory properties, block bacterial growth and help regulate blood sugar levels. Cinnamon is rich in Manganese, Iron, and Calcium! It is a good source of heart -healthy dietary fiber.
Prep and Cook Time: 15 minutes
Ingredients:
Directions:
Serving: 1
*If you are using prepackaged oats, please follow the directions on the package.
Source: The George Mateljan Foundation (WHFoods)
Different Kinds of Oats
Here's a breakdown of what makes these oats different:

Steel-Cut Oats - When the whole oat groat is split into pieces. These have a chewy, nutty flavor and are also called Irish or Scottish oats. They have less of an impact on blood sugar than processed oats.

Rolled Oats - When groats are steamed to make them soft and then pressed between rollers and dried. They tend to cook quicker than steel-cut oats because they absorb water quickly but are still low on the glycemic index.
Old-Fashioned Oats - The same as rolled oats but given a different name.

Instant or Quick Oats - When groats are pressed thinner than rolled oats and steamed longer so they cook more quickly. They're cut into tiny pieces, which sometimes makes them look powdery. These are the kind to usually be pre-flavored and sugary, so check to make sure they're plain.

Oat Flour - When oats are steamed, rolled, pressed, and cut very finely to make a uniform powder/flour. This can raise blood sugar more quickly, which makes them a poor choice.
Source: Dr. Axe - Food is Medicine
Please experiment with different kinds of Oatmeal in the morning or use some oat meal items as a 'wheat substitute' in meat balls, meat loaf, or as a binder for soup and stews.
Sometimes it is hard to break habits, but with Fall right around the corner, it might be a very warming and soothing food to break your fast for the day. A left-over of brown rice or quinoa are also a great breakfast, with rice milk, coconut milk or almond milk added, instead of oatmeal!
Please always keep me updated on how you feel! A short e-mail is so much appreciated! If you collect a list of questions that will ensure you continue to improve your Healthy Diet or is necessary to re-start an even healthier level and understanding of better choices, please make an appointment for 30 minutes.
In Health and Happiness,
Silke Heine,
Owner of Simplify Holistic Nutrition
For more information, please see me at Norwell Athletic Club (NAC).

Email me: Silke@simplifyholisticnutrition.com
View on Mobile